Strangely, last weekend I was reading an article in MAG’s magazine about the 50th anniversary of Easy Rider hitting the big screen when my phone pinged an alert about the movie’s star Peter Fonda passing away. If you’ve never seen Easy Rider, then you probably should. But don’t expect it to be good, because in the context of 2019 it’s terrible. As in truly, embarrassingly awful. Like every other biker movie (apart from On Any Sunday) ever, the plot is awful, the acting’s awful and the 60s hippy clichés come so thick and fast it’s like fighting off cliché porridge…made by your Nan...with powdered milk.

But - and this is the reason Easy Rider matters - every time the acting stops and the bikes, the soundtrack and the scenery take over, Easy Rider transforms into the absolute epitome of everything motorcycling stands for. I defy you to watch the opening scene and any of the other riding scenes and not immediately feel absolutely at-one with the emotions.

Easy Rider was the first adventure bike movie. The first-time motorcycling was sold to the public with the riders as the good guys, not the hoodlums. Back in the 1960s, you might have met the nicest people on a Honda, but the coolest dudes were definitely on customised metalflake Harleys. I was five years old when the film came out, but even now, I can’t spend time in a Harley dealer without being drawn into everything the good bits of that film stand for. On hearing the news that Fonda was dead, the thing I wanted to do most, was head for my local HD dealer and spend half an hour stroking a few petrol tanks.

And here’s the thing. Going back to that adventure bike metaphor, the chord that Easy Rider strikes with middle-aged English mumbling motorcyclists is still simply about freedom. The only real difference between Easy Rider and Long Way Round is that Ewan and Charlie rode further, forgot to add the appropriate soundtrack and didn’t get shot at by rednecks.

I’ve sat in dozens of biking focus groups over the years and the one consistent, universal theme is that glorious ‘F’ word. For most of us it’s images of standing next to our bikes on a lonesome hilltop, listening to the soundtrack of mechanicals pinging as they cool. And, if we’re lucky we experience that feeling a handful of times a year.

For others it’s the freedom from life’s other worries; head down, thrashing round a track day, focussed only on the next cycle of entry-apex-exit and winning the Wednesday intermediate-group. But for most of us biking freedom is so much more, whether we realise it or not. Last week I was coming home from a meeting near Derby. As I approached Melton Mowbray I missed the signs about the town centre being shut for a cycle race and somehow found myself (I may have ‘accidentally’ ridden around a barricade) in the midst of a flurry of flashing lycra. In a car I would have been stuffed, but on a bike I had options. The choice to switch off the engine and push it along the pavement to reach a side street leading to an open road, for one.

And on re-joining the main road and finding myself in the traffic jam caused when a busy town centre shuts, I had the freedom to chug down the outside of it and be back on the open road at the front of the queue in a couple of minutes.

There’s one lovely scene in the film where Jack Nicholson explains how we all see freedom as important, but when people actually behave like they are free, society closes-in and puts a lid on it. Another hippy cliché maybe, but for motorcyclists there’s a sense that being on two wheels – not having to sit in the queues or use the same bits of road as the four-wheelers does represent a genuine moment of freedom, even on the way to work. Sticking it to ‘the man’ on the Huntingdon bypass…or something.

And that’s the point for me. Every single time I put on my bike helmet I choose to take part in a different version of the world I inhabit. My rules, my timetable, my ride. This beautiful ability to be absolutely part of society, a model-citizen, harming no-one, helping many (because me not being part of your queue means your queue is one vehicle shorter – no need to thank me), while feeling absolutely independent and in absolute control of my destiny, makes me every bit as free as those two cool dudes getting their motors running back in 1969.

If you don’t ride a bike you’ll never understand this feeling and sometimes, we get so hung up on the details of how much power, how fast we ride, how far we can lean that we forget to just put our heads back in the breeze and enjoy it.

What’s changed for me in the last few weeks is a curiosity about what my next 36 years (did I mention I’m an optimist?) on a bike will be like. What would Easy Rider look like if it had been made in 2040 when petrol-powered vehicles are no longer being produced? Get your (electric) motor running might not seem particularly appealing right now, but think how far our phone technology and electronic aids on bikes have improved in the last ten years and then try and imagine just how good electric vehicles might be given twice that time to develop. The naysayers (me included) make arguments based on what we know about batteries, motors and charging technology now, but the future is the future because of the stuff we never imagined would happen next. And none of us knows what that looks like.

My guess is that in 2055, we’ll still be riding something on two wheels, still banging on about freedom and still secretly wanting to be Peter Fonda. Or is it just me? 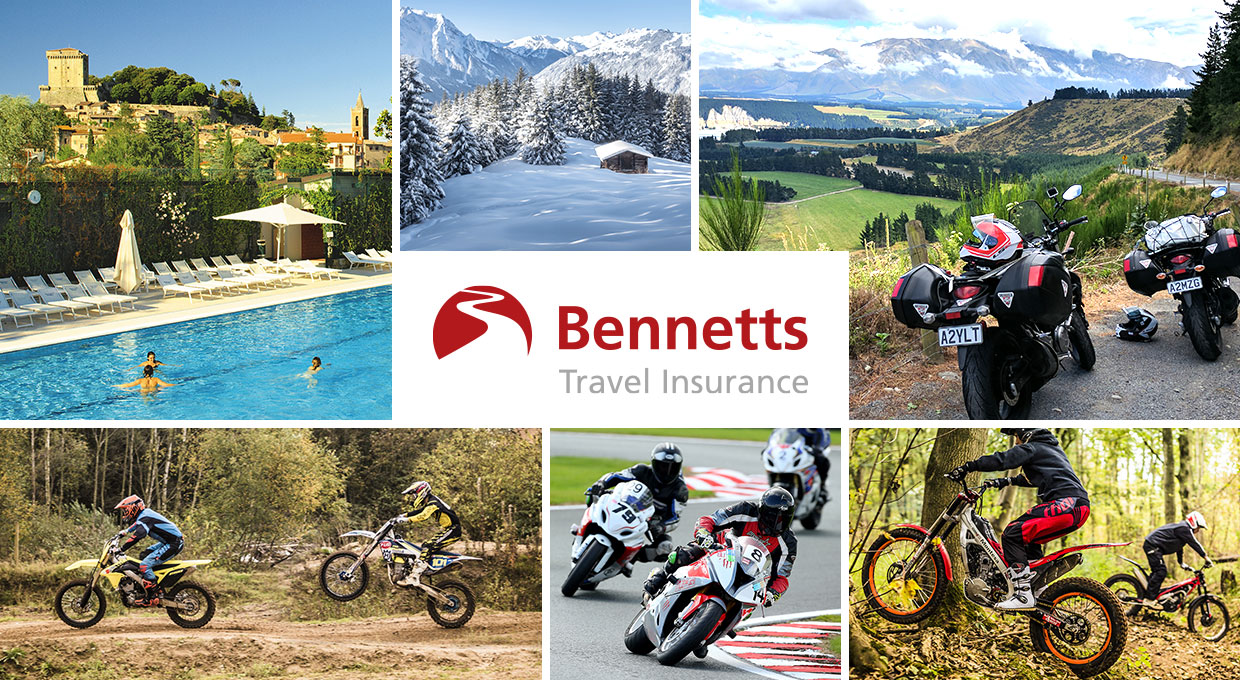 A two-up trip around Thailand, a group ride to the Nürburgring or a solo mission to the Isle of Man for the TT races, we’ve used our 90 years’ experience in the insurance industry and listened to what riders want in order to offer motorcycle travel insurance for your UK, European or worldwide adventures.

Travel Insurance for every type of trip

Insurance is provided by Lloyd's Underwriters. Policy holders must be aged between 18 to 70 for Essential Policies and aged between 18 to 75 for Premium and Ultimate Policies. Pre-existing medical conditions are considered. Other restrictions apply.